“Leave the thinking to your horse, he’s got the bigger head!”

This advice, delivered in a merry voice and translated almost 1:1 from an ancient German proverb, floated towards my ears in the middle of yet another standard leg-yield exercise gone awry (for non horse-people: a sideways walk that looks easy and is in fact not too challenging for a decent rider, but can turn into a hilarious turkey-trot performance if said rider overthinks the thing. Drastically overthinks, like an engineer fixing a carburetor trying to apply quantum physics).

And so I had. Again. For the umpteenth time. Adjust speed. OK, his head is at the correct angle. No, just a little more. Now the shoulder isn’t moving right. Too slow. Shoulder

good, now gentle pressure to the … cue the Charleston music, we’re off to the dance! It is a testament to the Icelandic Horse’s renowned amiable and good-humored nature, that my dear friend the “Night-traveler” did not unceremoniously dump me into the sand and waltz off to find somewhat more interesting to do. Possibly a root canal.

But coach’s equally good-natured advice snapped me out of the vicious circle of tension and thinking and planning, of angles and posture and watching every twitch of my horse’s ear, analyzing every change in his gait, every tremor in the reins (I am convinced that his half-sideways nod is nothing other than an equine eye roll, especially when accompanied by a distinct, deep-throated huff).

Leave the thinking to your horse. Coach might have said “Stop treating him like a finicky bit of technology that will blow you halfway to Russia if you get it wrong, and just bloody well GO with it!” but she didn’t. “He’s got the bigger head!” He’s a living being with thoughts of his own, let him do his part. Let him carry you. STOP overthinking every damn thing. Wasn’t that why I had gotten back in the saddle after a long hiatus in the first place?

The long road back

It’s supposed to be like riding a bicycle. Due to muscle memory and “once learned, never forgotten”, you’re supposed to pick up where you left off, and canter into the sunset. Maybe for some people that is true, but my experience was rather along the lines of “once learned, relearning everything”. Some of it certainly had to do with the switch from Western to English Riding, and from steady, eager, happy-go-lucky Quarter Horses and clever, playful Appaloosas to five-gaited “Devil May Care” miniature Vikings with a quirky sense of humor. But there was also, perhaps mostly, the difference in the rider herself.

There were, in essence, two separate riders.

The Force of basic, fundamental trust we develop (or don’t) in infancy was strong with the teenager who considered climbing out of yet another shrub somewhere in the Northern Adirondacks just another adventure (do not blame Binky, I should have known

better than to ask such a sharp turn of him when he was distracted by the charming chestnut mare). The immortality and invincibility of youth, combined with a deep-rooted sense that it’ll all turn out alright in the end, that the annoying broken leg will heal before long, that the bruises only mean you had fun pushing another limit, and that there were always people who would pull you out of the shrub and slap a band-aid on your arm (but dammit, that was my favorite ratty old shirt), left little enough room to doubt myself. Or the world I lived in, for that matter.

Horses were boon companions, as were dogs and bunnies and chickens and whatever critter dad brought home to nurse back to health any given day (mom drew the line at that baby wolverine though, much to my dismay). Being smarter than most humans, the 1000 pounds of muscle I fed and brushed and saddled on a regular basis picked up on that cheerful confidence with ease, and responded in kind.

Many years, several deployments. and far too many close encounters with the darkest, most hateful and vicious side of humanity later, that cheerful serenity had been replaced with a wary cynicism on a good day, hypervigilance and obsessive situational awareness alternating or concurring with emotional detachment and numbness on a bad one.

It’s not that the US military hasn’t learned some hard lessons from the past. There is help available. Nor is the stigma of seeking said help as prevalent as it once was. Like as not I’d have cowgirl’d up eventually either way, because once your ability to get the job done becomes compromised, all excuses are feeble. I wasn’t raised to make excuses. “I don’t like shrinks” and “I’m tougher than this” doesn’t fly when you’re responsible for other people’s lives.

But it does help if your superiors support you in your decision to fix a mild issue before it becomes a major one, rather than take your admission of being less than 100% as ‘unfit for duty’. And it certainly helps to have other people in similar situations covering your six. Thus the slightly unconventional suggestion to seek out a barn in the beautiful Middle of Nowhere, Bavaria. “You had horses as a kid, right? I know this place where they do amazing physical therapy with veterans – no EAP per se, but…” “Horses?”

Well, my dog has been my reality check and guardian against nightmares more times than I can count. So, why not let horses help me to remember a simpler, more innocent time? Help me reconnect with the teen of days gone by? What could possibly go wrong?

I should have remembered how much smarter they are.

Murphy’s Law of Combat 5.1: If it’s stupid but it works, it ain’t stupid

Contrary to what you may have been told, the Icelandic Horse doesn’t care if you call him a pony. He doesn’t even care if you treat him like one, as long as it involves carrots. He is, 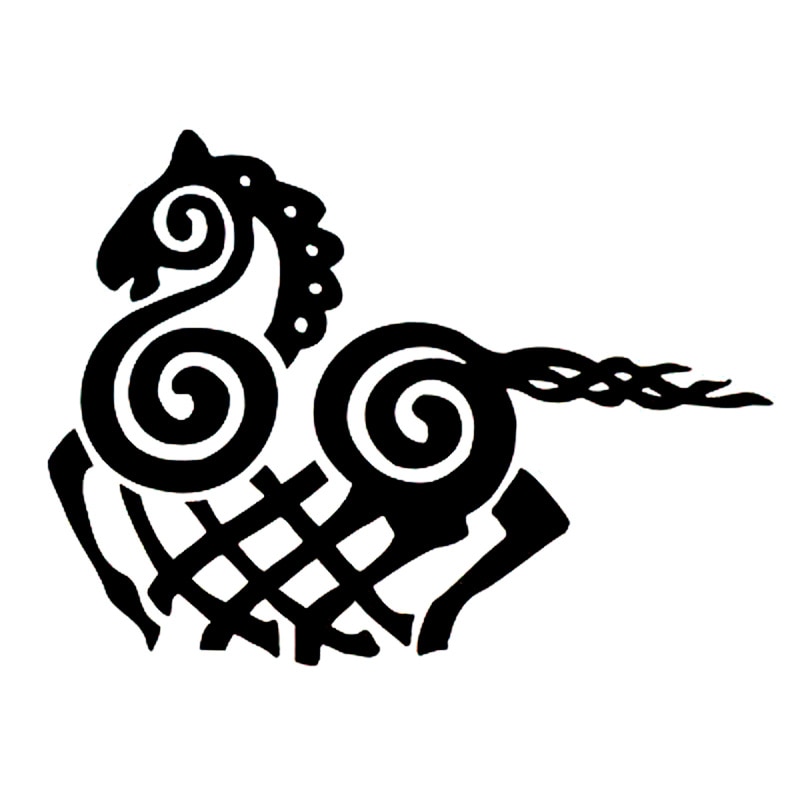 however, as tough as his Viking ancestors, and about as easily persuaded to deviate from a chosen course. Unless of course you’ve managed to gain a measure of respect (or have a limitless supply of carrots available).

Fortunately for me, the barn in Nowhere, BY is run by one of those legendary women who can take you for a 20 minute walk across a pasture with 45 horses and then match you to your partner based on how the herd reacts to you. Which, in the beginning, was a gentle, playful bay gelding by the name of Náttfari.

I’ve never been one to subscribe to the notion of signs and omens and secret meanings. It’s quite likely my buddy with the rockstar mane and the smooth gait was named for the legendary first permanent settler of Iceland, rather than the literal “Night-Traveler”. But it felt apt all the same. If the little guy had a knack for navigating dark places, I’d not turn up my nose at the help.

And so he did.

Bit by bit, week after week, rain and sun and wind and snow and ice, the brave little Viking horse shouldered the responsibility of teaching a wounded human how to keep moving forward. How to take the dark and the light as equal parts of life, and that watching your step in the dark doesn’t mean weakness, but translates to common sense. That keeping a vigilant eye out for predators doesn’t mean you can’t graze and flirt and play. That trust doesn’t mean you’ll never fall, because stupid rocks and slippery mud can pop up out of nowhere. That if you just keep moving, there’ll be unexpected carrots along the way.

In the arena and on the trail, he kept murmuring those lessons to me. Kept moving through setbacks and dense fog, always carrying the weird but pleasant enough human along. Remember. Remember. One step after the other. I got you. Remember. Trust. Feel. It’s just a shadow. Trust me. Remember.

The day that my equine pal and expedition guide so kindly refrained from dumping me, aka “this overanalyzing nuisance on my back”, into the dust was not a quantum leap event for my riding. Rather, it was one in a series of events big and small. Some of them inching me along, others gaining 100 yards at a time, but until that moment always trying to move towards the “Rider that Was”. The one who never had nor ever needed formal training, because a horse is a horse, right is right and left is left, slow is slow and fast is YEE-haw. The one who knew in her bones that it’s never the reins he follows, but the human saying “I got this, buddy”.

It was the day I realized there was no going back to the First Rider, much as I wanted to leave the tense, overalert Second one behind. Because life doesn’t work that way.

The lesson my quirky, amiable Viking had tried to get into my stubborn head all the while suddenly seemed so simple. I could have sworn that for a moment the famous light bulb did not so much appear over my head with a cheerful ‘ding!’, but rather hit me with the ‘whoomph’ of a 1032 ergs solar flare. Remember, silly human. Forward is the way to go. You knew this, once. What you were, what you are, has brought you here. You are the First Rider, you are the Second, both of them will be part of the Third. Let’s go see what she’ll be like. And she better bring carrots.

It’s been a year and a season since.

And even as my little buddy has moved on to help others while I’ve been exploring the New Rider with two other, quite different horses, I often find myself drawn back to him. If only to stand near the pasture gate for a while and watch him play. Or for those moments when he comes strutting up to blow warm air into my face and nuzzle my hair.

“Looking good, funny human. I saw you with that feisty mare yesterday. Not bad. Did I mention I have a bit of a crush on her? That swish of her tail when she tölts … oh, brother! Hey, remember when we ran into that patch of mud and Snöggur fell on his bum? And you got out the saddle to help his rider up, and then you both fell on your bums? Did the four of us ever make a picture. But anyways. Got carrots?”

Follow Tales from the Romulan Neutral Zone on WordPress.com

About Arthur Clarke | Analyze your text

Fat Buckskin in a Little Suit

Mild mental illnesses that are indefinite in form, yet still maintaining some semblance of reality.